Today was a busy day for the Verizon IndyCar Series. It began with the announcement that they have signed a multi-year extension with Dallara, which runs through the 2020 season. Dallara has been the longtime chassis manufacturer for the series, and has provided remarkable support to the driver safety cells. The upcoming 2017 season will be Dallara’s 20th anniversary in United States based open-wheel racing.

“Dallara’s continued participation in our sport provides IndyCar and our competitors a tremendous amount of confidence,” said Jay Frye, IndyCar president, competition and operations. “Dallara has been an instrumental partner in the Verizon IndyCar Series for 20 years and we are excited to extend our relationship with them.”

The news continued from the North American International Auto Show in Detroit. The series unveiled a first look at the concept drawings of what the 2018 IndyCar could look like. While the drawings are not the final version of what will be used, IndyCar stressed that they provide the first public direction of the entire process of the new car. 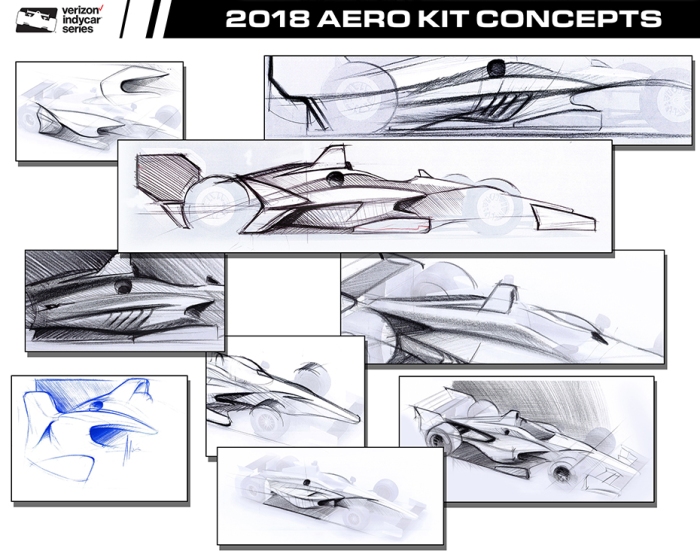 Frye stated that while Dallara will still build the chassis for the cars, they are still working on who will manufacture the universal aerokits. He also spoke about the testing that was done at Phoenix and Mid-Ohio, and how they are focused on improving the way downforce is created. “Most of the downforce comes from the top. The new car, almost all the downforce will be generated from the bottom of the car, so I think drivers will like that.”

Frye told RACER that about 10 days ago they did a scale model test of the bodywork in the wind tunnel, and that the numbers came back very encouraging. Asked about a windscreen or halo device, Frye said they are designing and developing different objects, but that it hasn’t been decided if anything will be incorporated into the 2018 car.

In terms of seeing the new car, Frye stated that they hope to reveal the final drawings of the car in mid-February, likely at the Phoenix open test. IndyCar’s plan is to have an actual car to unveil to the public at the 101st running of the Indianapolis 500 in May, with on track testing set for the summer.

Indianapolis 500 winner Alexander Rossi said he was encouraged by the early sketches of the 2018 design, and the potential impact it could have on the racing. “I like how prominent the floor is because that means, like they’ve discussed, the bottom-side downforce will be a priority. Beyond that, I think it looks awesome. It takes us back to kind of the glory days, which is the direction the sport is heading.”

Josef Newgarden, the newest Team Penske driver, echoed Rossi’s sentiments. It’s kind of cool seeing the concepts of the sidepods shrinking, the floor becoming a more prominent element again. Trying to get rid of some of the effect of air behind cars is really the biggest thing. Shifting everything to the bottom of the car, not having the dirty air come from the top, the cars generally perform better. The sexy element – making them badass looking, that’s really, really critical, and we’re going to tie the performance into that, too.”

The five-year plan that IndyCar has is on the right track. Frye, among others within the sport, have stated that one of their biggest goals is to recruit another engine manufacturer. By making these first few critical steps, they have removed the hurdles for those interested, as well as created a new sense of enthusiasm. Frye said they are talking to “three or four” potential suppliers, and they will keep working on it. Things are coming together nicely for IndyCar, as the season is set to begin on March 12 on the streets of St Petersburg. 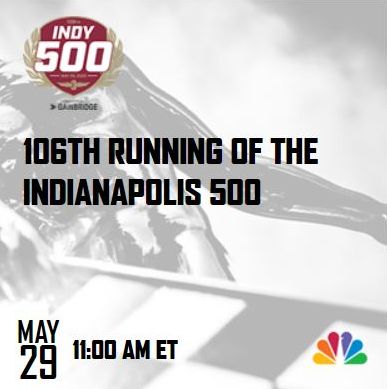