Another day of practice at Indianapolis, another gut wrenching accident that left a lot of people in shock.

About an hour into today’s Verizon IndyCar Series practice for Sunday’s Indianapolis 500, James Hinchcliffe had a mechanical failure on a part of his car, which sent him nose first into the outside of the Turn 3 SAFER barrier. The right side of the car was destroyed, as the car finally came to rest after briefly getting on its side. Hinchcliffe had to be helped out of the car, and was put on a stretcher, loaded into an ambulance, and taken to a nearby hospital where he had surgery for an injury to his left upper thigh area. The latest medical update from IndyCar states that he is in stable condition in the ICU.

The accident comes on the heels of a handful of accidents that caused everyone to pause and take a more cautious approach. The key subject in all of this is driver safety. The last thing we want to see is something tragic happen to one of these brave drivers, especially when it could be avoided. Fortunately the Holmatro safety team has provided excellent care, and the safety measures on these cars has greatly improved over the years.

The accident suspended activity for quite a while, but officials did finally resume practice for everyone. By the time the session wrapped up, it was Sage Karam at the top of the chart, with a speed of 227.831 mph. Karam’s teammate, and Indy 500 Pole sitter Scott Dixon was right behind him, with JR Hildebrand and James Davison the only other drivers to reach the 226 mph barrier. Davison, who got back into the car after Tristan Vautier qualified his car on Sunday, was the fastest Honda in the field.

There seemed to be a lot of passing during the latter stages of practice, which could mean some very exciting racing next Sunday, the 99th running of the Indianapolis 500. While Hinchcliffe’s accident was the big story here, I didn’t want to include the replay of his crash, because we still don’t really know his condition right now. If you want to see the crash, you can find it on YouTube.

Things will slow down for a few days, as the next time we’ll see IndyCars on the track will be Carb Day, which is this Friday. There will be the traditional Pit Stop Challenge, as well as the Indy Lights Freedom 100 race, and also a one-hour practice session for IndyCar. After that, the only thing left is the big race.

JR Hildebrand: “I feel like we made a lot of progress today. We took things from each other, and honestly, it was the most productive day that we’ve had in terms of race running. I really didn’t feel that great when we first went out, but by the end I thought we were all looking really good. I felt comfortable and I felt like I could be aggressive and that’s really what I’m looking for in the car. We’ll continue to look at things and make sure that we get everything we can out of Carb Day. I’m glad that we were able to get back out there today and I feel pretty confident going into Friday.”

Sage Karam: “After yesterday’s qualifying, it feels good to be up at the top of today’s practice session. My car has been so fast all month and yesterday just didn’t show it at all. We have a lot of good data and a good setup for the race on Sunday.”

Scott Dixon: “The day started pretty average for us with some understeer with the track being pretty greasy in turns one and two. There were lots of cars in big packs and we managed to get the Target car a lot better in the end of the session. We were fairly happy with it and I’m ready to go race.”

Tony Kanaan: “I’m glad we got some track time today, but I’m sorry about what happened to Hinch. The accident was a mechanical failure and completely unrelated to anything else that’s happened here this last week. We had a good session today and the running was fast and it hopefully gave the fans something to cheer about come Sunday. Safety is always important and this series does a great job at it. We have to understand that this is motor racing, and that there are accepted risks we take. I’m willing to take those risks. That’s what separates us from normal people. That’s why there’s only 33 of us here that do this. The day I think it’s unsafe and I feel scared is the day you see me on the other side of the camera. I’m a racer, and I want to race Sunday. This is for the Indianapolis 500. This is for the tough guys.”

Takuma Sato: “First, really wishing a speedy recovery for Hinch (James Hinchcliffe). All of us are wishing that. Other than that it was nice to have extra hours after the investigation was finished by INDYCAR’s technical staff and to be able to check the box that we could continue running. We were able to run in a big pack – I think it was the biggest pack of traffic all week. We worked through the race setup and tried different levels of downforce, and feel how the whole fuel stint was going to be. It was a relatively windy day, but it was good conditions and we learned a lot. Now the engineers will go through all the data and I am confident that we have a strong package for the race and the final check on Carb Day.”

Graham Rahal: “As a driver, a crash like James (Hinchcliffe) had is just something you never want to see. I hope he makes a quick recovery. We had a clutch issue and didn’t get on track before the initial session was stopped when he crashed. Then when we got back out, the conditions were tricky. The car was sliding around a lot, but we got a little better there at the end of the session. It’s going to be a tough race. We just need to wait and see what the weather conditions will be like on race day.”

Sebastian Saavedra: “It was an interesting day out there getting back to racing. I’m very proud of my 17 AFS boys for working on giving me a car that’s great in traffic. From where I will be starting next Friday I will be needing this a lot. I’m looking forward to seeing how the race will unfold on Sunday.”

James Davison: “It was definitely a challenging day. The conditions were the toughest that I’ve driven in. Both because they were the hottest, so the car picks up a push, and the wind makes you pushy loose. We were competitive, but not competitive enough. We still have to work on the race setup. I’m obviously pleased with the job that Tristan (Vautier) did to put the car in the show. He did the professional job that I knew he was hired to do. No surprises there, but great to know everything was fully executed and he was able to look after the car like I was confident he would.”

Ed Carpenter: “It was another interesting and unexpected day at the Speedway. That was a bad accident, we’re still just thinking about Hinch and hoping he’s OK. When we finally got back out on the track, it was good. I wasn’t happy with the car this morning. The conditions are really, really tough, we tried a lot of different things and finally towards the end we found something that made my car feel like a race car again. That’s encouraging, finally really getting my confidence back and believing what I’m feeling out of the car. I am happy how the day ended, probably not the best type of day to run in when you’re trying to get your confidence back. At the end of the day, when you can make your car better in tough conditions, it’s going to make you better all around.”

Josef Newgarden: “Incidents are going to happen here in INDYCAR. With any high-speed motorsport, it’s going to happen. They’re very safe cars, though. You think about the people that do walk away from big hits like that and I think Dallara and INDYCAR do as best a job as they can. They are always trying to improve safety and continuing to make it better. You’re going to have those crashes and things that come up, but your job is to get back in the car and make the most of it. CFH Racing has had a couple moments that have knocked us back this month, but we’ve kept on our program. We have built two new cars, but the team’s just been incredible. It’s been really rock solid. No letting up from us, it’s business as usual, and now we’re full steam ahead for the 500.”

Townsend Bell: “We were able to get a good race run today. We wanted to make another run, but Hinch’s accident shortened everything on the track. The car felt good and I think our Robert Graham Special is ready to put in a good showing Sunday. The crew has done an excellent job this month. We also did a number of good pit stops this afternoon and I think our guys are primed for the Pit Stop Challenge and Sunday’s race. I’m thinking of Hinch right now after his nasty crash. He took a very hard hit and you never want to see a driver have that type of incident. Our thoughts are with him tonight.”

Oriol Servia: “The car was honestly almost too good. It was one of those days that the conditions were ideal and race day it’s probably not going to be like that. It will be a lot hotter on race day, but the car felt really strong. We didn’t get many laps in but I am very, very happy. I’m looking forward to Carb Day and race day for the Indy 500. It’s not good when something breaks and when somebody gets hurt. I hope James (Hinchcliffe) has a quick recovery.”

Alex Tagliani: “Good day at work. Car feels good, we were on the safe side today with balance. Just a tick too much understeer but I think overall the car was OK. I think we have a decent car, we just have to fix the balance and make sure that we have good tire pressure in the run. Managing that is going to be key, and we’ll see what we get. We have another hour (of practice) on Carb Day and we’ll try to make it work for Sunday.”

Charlie Kimball: “My first thought after today’s practice is just for my good friend James (Hinchcliffe). You never want to see that happen, especially after a mechanical failure like that. Other than that, Novo Nordisk Chip Ganassi Racing had a really good day. The No. 83 Levemir FlexTouch Chevrolet had a pretty good race setup when we rolled out that we just made a few changes to. I’m feeling pretty confident with our race car. I think we were able to run really well in traffic and I’ve got a lot of confidence that all of Team Chevy will show up on race day next Sunday.”

Below are some of my photos from Monday. (Special thanks to IndyCar and IMS) 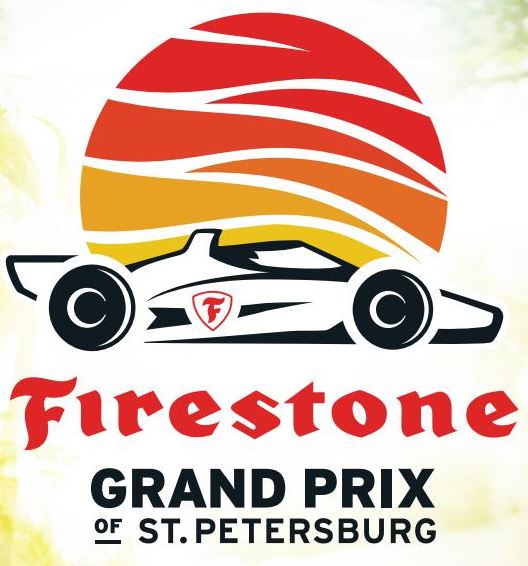